Gearing up for the new season

With the season barely upon us we have already had many visitors over to sample the delights of the Loire Valley. On two occasions we have hired vehicles because of the group size so we decided we would invest in a new people carrier of our own, to replace the 4-5 seater BMW which has served us so well up to now. 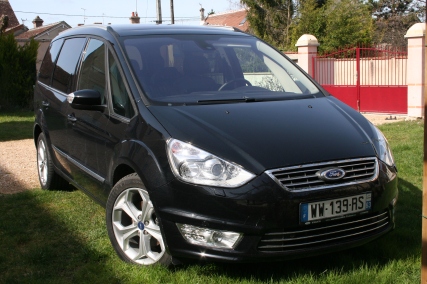 After much research we decided to buy a Ford Galaxy but discovered that the high-end model we wanted was not available in the whole of France, either new or used. In the end it was ordered from Germany and delivered a week later to a dealer in Clermont-Ferrand, a few hours south of us in the heart of the Massive Central volcano region.

As you know, we  rarely miss an opportunity to discover interesting new wines and while the local  region of Côtes d’Auvergne has only ever underwhelmed us in the past we read that the latest Hachette Guide had given a wine from Saint Verney three stars and a ‘Coup de cœur‘ for a white from the local co-op. We programmed the address into the Tom Tom GPS and set off down the motorway.

Finally arriving at the garage we picked up the new car and very impressive it is too, with seven genuine adult seats and more buttons and toys than I know what to do with. The ride is superb and I just know our clients will be pleased with our choice.

The north of France was just recovering from several unpleasant nights  which delivered two foot of snow together with huge drifts and brought the whole region to a stand-still. Now it was the turn of the central mountains and we were well advised to rush back home and away from the snow storms which were just arriving in the region.

With great regret, having neither visited the ancient heart of the town nor the outlying wine districts, we battled through the snow flurries back to the more civilised and gentle climate of the Loire Valley.